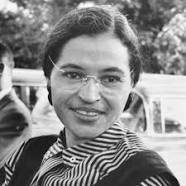 The In our Torah portion for this week, Avram is called by G-d. G-d says to Avram “Leave your birthplace, your home, the home of your father, and come with me to the Land which I will show you.” Why was Abraham in particular, called by G-d?  Last week we read the story of Noah. Noah too was called by G-d. Noah was called because, the Torah explains, he was the most righteous man in his generation. The Torah does not tell us that Abraham was a righteous man. It doesn’t tell us anything about why Abraham was chosen by G-d to be the Father of the Jewish people. Which led the rabbis to debate – did Abraham have any outstanding quality that led G-d to choose him, or was Abraham an ordinary person?
The rabbis tell stories about Abraham’s childhood that indicate that they thought he was very special. One familiar story claims that Terhach, Abraham’s father, earned his living selling statues of idols.  People, would pray to these statues, hoping that their prayers would be answered.
One day, Terach left Abraham in charge of his store.  A woman came in carrying a bowl of food.  “Could you please offer this food to the gods?” asked the woman of Abraham. “My husband is very sick, and I would like the gods to help him get better.”
Abraham placed the bowl of food in front of the largest statue.  When the woman left, Abraham took a stick and smashed all the other statues.  Then he put the stick in the hand of the largest idol.
When Terach, Abraham’s father returned to the store, he saw that all the statues except one were broken and lying in pieces on the floor.
“Who did this to the gods?”  cried Terach to Abraham.
“Father,” said Abraham, “A woman came in here with a bowl of food to offer to the gods. But when I offered it to the gods, one god said, “I will eat it first.” Then another god said, “No, I will eat it first.” A fight broke out among all of the statues, and the biggest one here took a stick and smashed all the others!”
Terach, Abraham’s father said, “Do you take your own father for a fool? These idols cannot do anything.  They are just statues!”
Abraham replied, “If they cannot do anything, then why do you worship them!”
In telling this story about Abraham, the rabbis are conveying the idea that Abraham was an extraordinary child who could see through the hypocrisy of his father’s belief in idolatry. He was thus marked for greatness from a young age. But this story is not in the Bible. I prefer to believe Abraham was an ordinary person who did something extraordinary. And that each of us, ordinary people, can do extraordinary things.
Rosa Parks is an example of on ordinary person who felt called to do something extraordinary. She worked as a seamstress in a Montgomery department store in 1955.  Her mother was a teacher and her father a carpenter. When she was growing up in Alabama, there was a great deal of discrimination and bigotry against African Americans. One small example – white children took the bus to school, black children had to walk to school. Public transportation was segregated as well. White people got the best seats on the bus, whereas African Americans had to sit in the back. In December of 1955, Rosa Parks had had enough of being treated like a second-class citizen. On her way home from work she sat in the front of the bus and refused to move to the back when the bus driver asked her. A policeman came onto the bus and arrested her. She was jailed and later fired from her job. Yet her action led to the first mass civil rights protest in an American city and became a cornerstone of the civil rights movement in the United States.
I think Abraham was an ordinary man who heard the call of G-d and did something extra-ordinary – he became the first Jewish person, taught the world that there is one G-d, and in doing so changed the course of world history. And clearly, Rosa Parks was an ordinary woman. She too heard a call — a call to fight injustice and to stand up to oppression. In heeding the call, she helped to change the course of American history.
Someone once said, “You are not a born winner, you are not a born loser, you are a born chooser.” Both Abraham and Rosa Parks chose to respond to what they understood was the call of G-d. Each of us is born with different strengths and unique talents. Each of us gets to choose how we use them. May we too choose to use our talents in the service of justice and compassion, in the service of G-d.
Shabbat Shalom
Next PostRead more articles