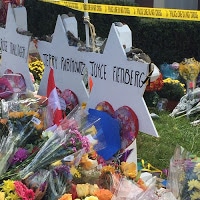 To See and To Do

The Torah is a remarkably terse document that uses surprisingly few words.  For example, if you want to know what Abraham looked like, the Bible does not tell us.  The Bible describes King Saul as “tall and good looking” and describes King David as “handsome”, but that is about it  for descriptions of men.  When it  describes women it uses the word “yafah” or “yefat-toar”, meaning beautiful, but it doesn’t go any further like telling us color of their eyes or their hair.  The Torah, much like poetry, utilizes few words and those few words contain multiple layers of meaning.
This week’s parasha begins, literally “G-d caused Abraham to see him”, which, in English is translated “G-d appeared to Abraham.” The root of the word “ra-ah” — to see – is used prominently throughout the story of Abraham .   Abraham “sees” three men approaching his tent.  When two angels approach Lot, who is  sitting at the gates of Sodom, the Torah tells us that Lot “sees” them. G-d opens Hagar’s eyes and she “sees” a well.  Abraham “sees” the place where he is to sacrifice Isaac from afar, and later “sees” a ram caught in the thicket and sacrifices it in place of Isaac. Thus this parasha begins and ends with reference to the sense of sight – using the Hebrew root Resh Aleph Hey – Ra-ah.
Therefore, it is interesting when the Torah COULD use a form of the word, “ra-ah” but chooses not to. This occurs in the story of Sodom and Gomorrah.  As you know, G-d destroys the city because of its sinfulness.  Not even ten righteous people live there.  The Torah tells us that Abraham rises early in the morning of the destruction of Sodom and Gomorrah, “va-yash-kef” – which is another word for “see”. Forms of the verb “ra-ah” –to see  — are used exactly 1,299 times in the Bible. Forms of the word “va-yash-kef” – also meaning “to see” — are used only 22 times in the Bible.  The question is, why is this latter word for see used in when describing Abraham’s “seeing” the destruction of Sodom and Gomorrah, and not the more common word for “see”? [1]
The way to answer that question is to look up the other 21 places where a form of the word “va-yash-kef” is used and look at its meaning in context.  When we do that, we find something interesting. It is almost always near the word for “window”.  When we analyze this, we understand that when the Torah uses the root “ra-ah” for “seeing” it is followed by some action on the part of the person doing the seeing. When the Torah uses “va-yashkef” the one who sees is usually passive. In using “va-yashkef” in the story of Sodom and Gomorrah, the Torah is telling us that Abraham, usually an active protagonist in his stories, watches the destruction of Sodom and Gomorrah from afar.  He will not be riding to the rescue, as he did when his nephew Lot was captured in war. Abraham is an onlooker, a bystander — a most uncharacteristic role for this most active of men.
We cannot afford to be so passive when we see devastation and destruction.  Tonight, I want to tell you the story of someone who was personally touched by disaster but refused to just “look on”.  Howard Fienberg and his wife Marnie were enjoying a lazy Autumn Saturday morning at their home in Washington DC last year when their phone rang. It was Howard’s brother, Anthony, telling him about the Tree of Life shooting in Pittsburgh, which he had just heard about on the news. This synagogue was the one that Howard and Anthony had grown up in. Their mother Joyce was an active member there. Since Joyce’s retirement as a research specialist with the University of Pittsburgh’s Learning Research and Development Center, several years earlier, she had made it part of her mission to help revitalize the Tree of Life synagogue.  She attended services regularly and was involved in the day to day functioning of the synagogue. In the month before the shooting, she told her son and daughter-in-law that the synagogue’s dishwasher had broken. She had been looking for the right part so she could fix it. Howard and Anthony were certain their mother, Joyce, would have been there that Shabbat morning.  Late Saturday night they were told that Joyce was one of those killed that morning at the Tree of Life.
During the period of mourning, Howard and Marnie were comforted by thousands of people, both Jews and non-Jews. Frequently they were asked the question “How can I help?” At first they understood the question to be, “How can I help you get through this difficult period of your life?” After a while they realized people were also asking “How can I help this agony from happening again?” Marnie quit her job as a government contractor to devote herself full time to social action, with the goal of empowering people to take a direct and positive stance against hate. One of her projects is an organization called “2 for Seder”. The idea is to invite two friends or acquaintances to your Seder who have never been to a Seder before. Through participation in the Passover Seder our guests learn the story of the origins of the Jewish people. They walk in our footsteps to freedom. The hope is to dispel misconceptions and misunderstandings that can lead to antisemitism as well as help combat the hatred and bigotry directed and many “others” in our country – a nation formed with immigrants from all over the world and enriched with diverse cultures from every corner of planet earth. Marnie Fienberg’s actions reminded me of what Helen Keller wrote:

Let us both “see” and respond. We cannot just gaze on, as if looking through a window and doing nothing. May the memory of Joyce Fienberg, and all of those who were killed worshiping in the Tree of Life Synagogue in Pittsburgh, Pennsylvaniainspire us to do what is in our power to do to combat hatred and violence in our communities. Shabbat Shalom

[1] My thanks to Dr. Ora Horn Prouser, President of the Academy for Jewish Religion, for pointing this out in a recent communication.

Parasha Shalakh Lekha: The Rewards and Challenges of Listening to Others

Why the Pittsburgh Shooting is Different