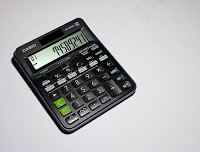 Jewish tradition seems to be very ambivalent about counting. On the one hand, the Psalms teach us to “number our days, so that we may attain a heart of wisdom”. We are currently in a period where we count the number of days between Passover and Shavuot — the “sefirat ha-omer”. And in this week’s Torah portion, Bamidbar, Moses takes a census of the Jewish people. On the other hand, it is a Jewish custom that when a small number of people show up for a service, and we want to count them to see if we have a minyan, we don’t count them directly. Rather, we go “not one, not two, not three, etc.” Perhaps this is a superstition related to the story told in the Book of Samuel. In that book, King David is directed by G-d to take a census of the people. Something goes terribly wrong, and the result is a plague where, we are told, 70,000 Israelites die! Rabbi Eleazar of the Talmud concludes that whoever counts Israelites directly is violating a Torah commandment. The medieval commentator Rashi maintains that whoever counts Israelites individually triggers the evil eye”. Perhaps they have in mind another way of taking a census. In the Book of Exodus Moses counts the Israelites by having each male contribute a coin to a general fund. Moses then counts the coins. People are counted indirectly. Nobody dies. Everyone is safely counted.

Counting people, even today, especially today, can be misleading. In the current conflict in Israel, we hear, and will  continue to hear, about  the disproportionate number of casualties on each side. The media, social and otherwise, will portray Israel as using her superior power to inflict disproportionate harm on the civilian population of Gaza . But numbers can be misleading. What you will not hear is that Hamas indiscriminately targets Israeli civilians. For them, each Israeli killed, be it adult or child, is a victory. Israel, on the other hand, goes out of her way to avoid killing civilians. Israel alerts residents to leave their homes before they bomb their buildings. Israeli bombing only targets the Hamas terrorists, their infrastructure and their bomb making facilities.   Not surprisingly the terrorists hide among Gazan civilians, and launch their missiles from apartment buildings and day care centers. Civilians are put in harm’s way by their own rulers. For Israel, each civilian in Gaza that is killed is a tragedy.

There is another kind of counting that we will be hearing more about in the weeks and months ahead. A new Pew Research Institute study of American Jews counted 7.5 million American Jews — 5.8 million adults and 1.8 million children. This represents 2.5% of the American population. Among other findings:

75% of Jews said there was more antisemitism in America now than there was 5 years ago.

We are wealthier and better educated than the American population as a whole. Over half of adults have a college or post graduate degree, compared to 30% of Americans overall.

Intermarriage is common in the Jewish community. Nearly three-quarters of non-Orthodox Jews who married since 2010 wed non-Jews. But well over half of those couples are raising their children with a Jewish identity.

Counting can be enlightening or misleading. The Pew Research Study gives us a snapshot of today’s American Jewish community and can point to where American Jewry has been successful. The numbers can help Jewish institutions plan for the future if interpreted correctly.

But numbers can be misleading as well. Although there are those who will tell us differently, simply counting the number of casualties inflicted by the combatants in a conflict tells us very little about the  motivations,  the historical context and the moral principles  of each side. In the coming days the world will undoubtedly focus on the mounting casualties in Gaza. The world will look at the numbers and see that far more Palestinians have died than Israelis. Many will use that number as the sole criterion as to who is the aggressor and who is the victim.

Our cantor will now lead us in our Prayer for Peace.

A Time to be Silent and A Time to Speak