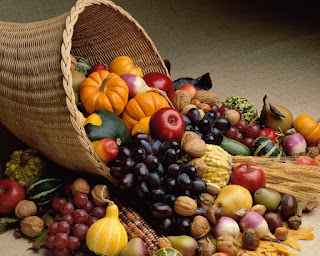 It is from this week’s Torah portion, Ekev, that we are taught that we should thank G-d for the food we eat.  “When you have eaten and been satisfied,” the text says, “you shall thank Adonai, your G-d for the good land which G-d has given you.”  The Torah does not tell us HOW we should bless G-d, however. It doesn’t tell us the exact words we should say. It was up to the rabbis of the Talmud to develop this blessing.  It’s a good thing they did.  Otherwise we would  all be on our own when it comes to thanking G-d for the blessings of food. Some of us might recall the hilariously awkward scene in the 2000 movie “Meet the Parents”. Greg, (played by Ben Stiller) visiting his fiancé Pam’s home for the first time is invited to “say grace” by Jack, Pam’s father, played by Robert Deniro. Greg wings it – and we all cringe! 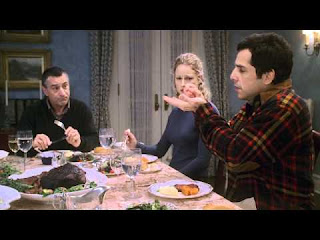 The rabbis of antiquity developed a series of four blessings to thank G-d for food.  The first blessing thanks G-d for providing food for ALL creatures.   The second blessing is narrower in scope. It thanks G-d for the Land of Israel and its bounty. It also thanks G-d for redeeming us from Egypt, for establishing a covenant with the People of Israel, and for the Torah. The third blessing is also particular to the Jewish people.  It asks G-d to have mercy on Israel and to restore the symbols of political sovereignty to the land of Israel – Jerusalem, the House of David, and the Temple.  The fourth blessing moves us back to a wider scope, as it describes G-d as the “ruler of the universe” who is a “sovereign who is good to all.”  It concludes by asking G-d to always bestow upon us grace, kindness, and compassion.

When we recite Grace we are reminded to be grateful to G-d for all that we have.  We are also reminded that although we have worked hard for the food that is before us, none of it would be there were it not for the goodness of G-d, who is the ultimate provider of this food.  We are, as it were, dependent on G-d for our sustenance.  Yet, it is far better to be dependent on G-d, than to be dependent on others for our food.  Our Grace After Meals acknowledges the shame that often comes with dependency on others when it says in the third paragraph:

Please, O Lord our God, do not make us dependent on the gifts or the loans of other people, but only on your full, open, holy, and generous hand, so that we may not ever suffer shame or humiliation. [The Sephardic tradition adds to this:]  “For the gifts that others give are small, and the embarrassment that they cause is great.”

Tsedaka, or charity, is an important value in Judaism, Christianity, and Islam. We must give to those in need, but when we do, we must do it with sensitivity to the feelings of those to whom we give.  The story is told of Reuben, an honest man who has fallen on hard times. He asks his friend Simon to lend him some money. “I won’t lend you the money,” said Simon, “I give it to you as a gift.” Simon thought he was being magnanimous. But Reuben was so ashamed and embarrassed that he promised himself he would never ask Simon for a loan again.  In offering to give Reuben the money instead of loaning it to him, Simon humiliated him by making him feel like he was no longer an equal, but was part of a lower class, a beggar.

The Grace After Meals is a prayer that makes us aware of G-d’s presence in our lives and our gratefulness for G-d’s gifts. It also reminds us that it is not enough to give to those less fortunate — we must do it in a way that safeguards the dignity of those who are in need.

Parasha Shoftim: The ‘Common Sense’ of the Torah